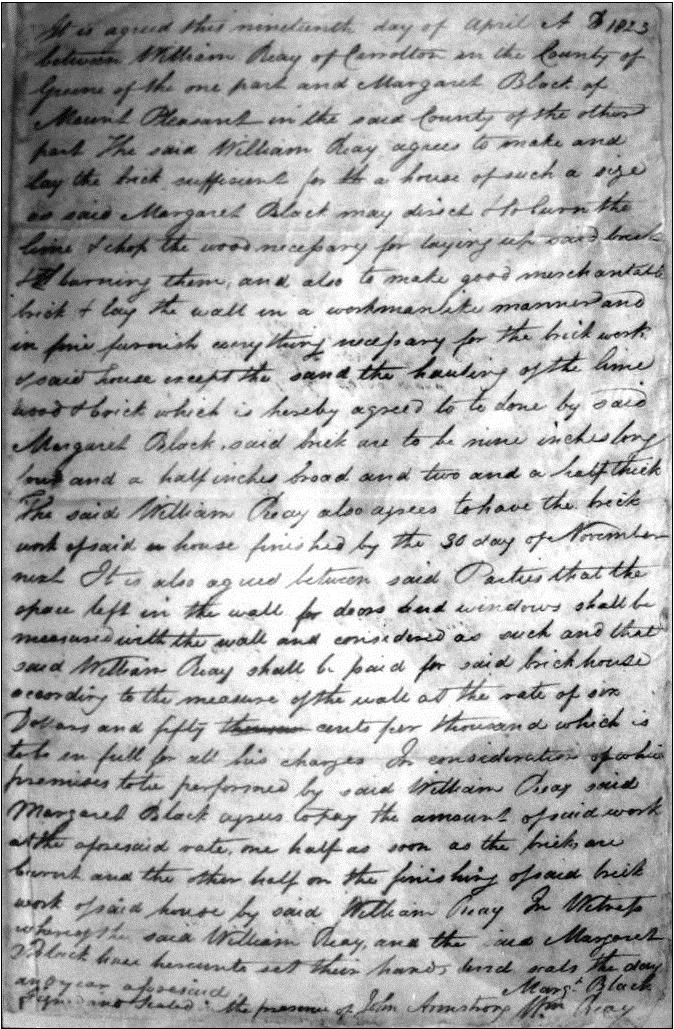 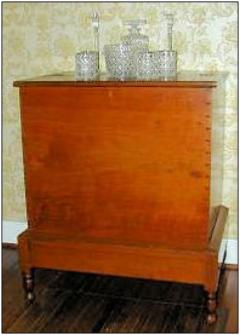 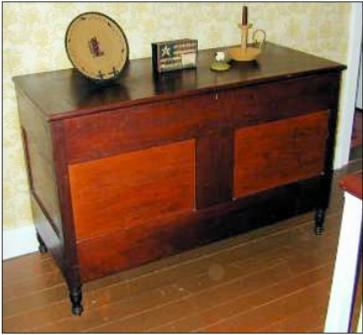 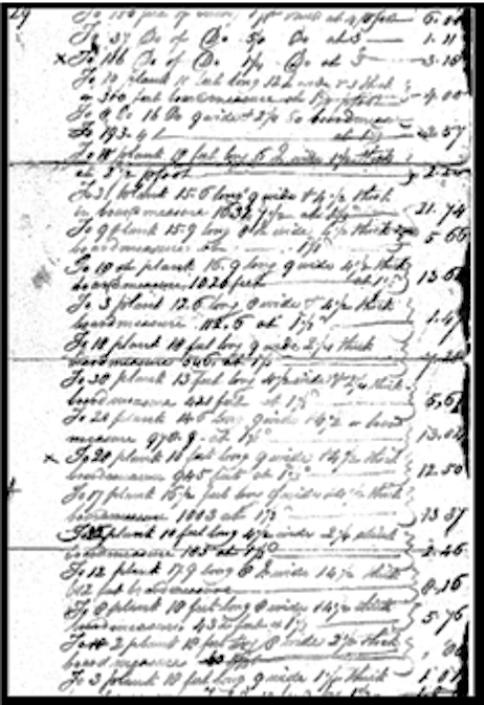 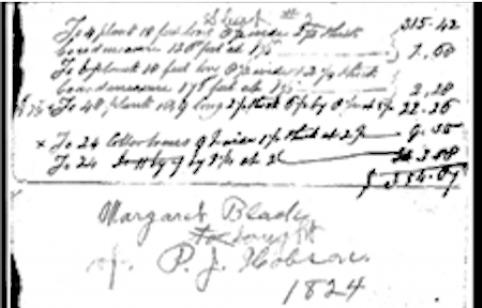 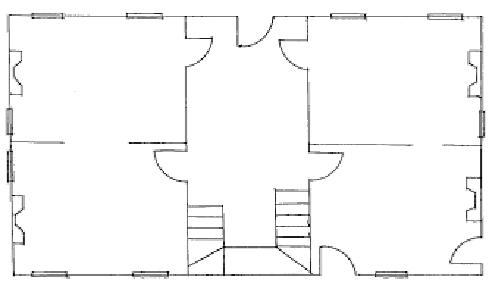 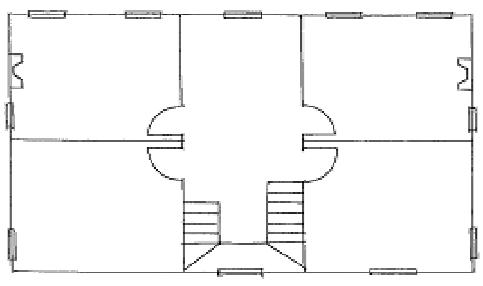 "My mother and Aunt Hobson were not very well pleased with this wild looking country, but my uncle,
James Hobson, was well satisfied with it and went to work with a good will, making preparations for
farming. My mother's first thought was for a good house."

On April 19, 1823, Margaret Black signed a contract for brickwork on her new home with William Reay, an Englishman. The brick size was to be directed by Margaret for $6.50 per thousand bricks including cutting the wood, digging and firing the clay, burning the lime and laying the brick. William Scott was contracted to do the wood work. The total bill for the brickwork was $3000.

In his 1891 autobiography, Thomas Black recalled his family's arrival in Greene County: 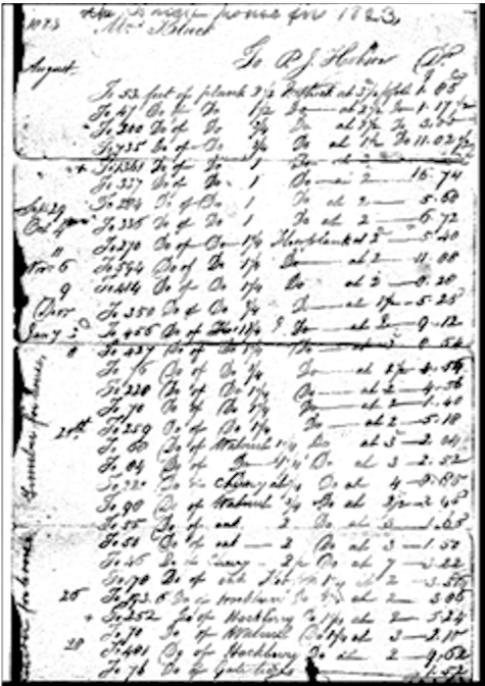 Even with the walls as yet unplastered, Margaret Black and her four surviving children David, William, Thomas and Elizabeth moved into their new home in December 1823.

Among the possessions that were placed in the home were two pieces of furniture, a blanket chest and a sugar chest, that were brought from England during the original journey in 1822. Both pieces remain in the house today.